As previously shared by Between the Pages 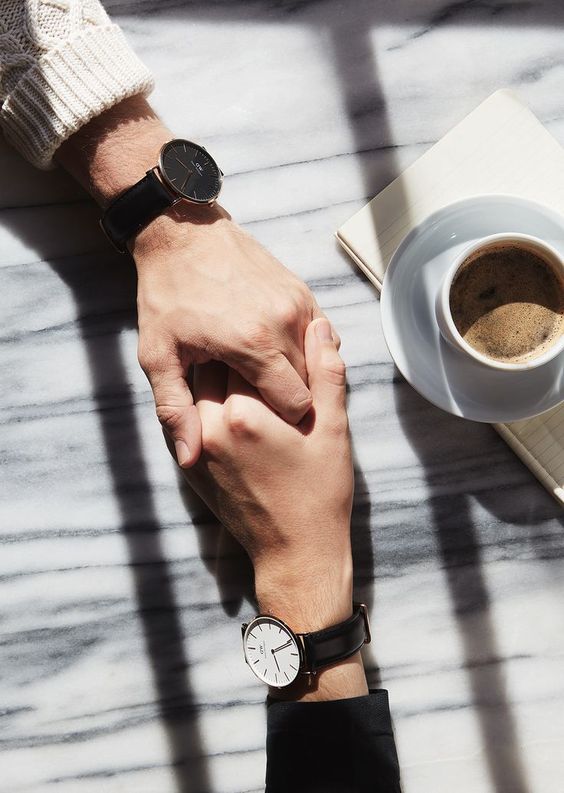 An attractive couple is seated across from you, holding hands, their fingers laced together. They lean ever so slightly toward each other as they watch you prepare for the interview. You meet his bright blue eyes and he smiles.

“Take your time,” he says, his British accent smooth, with only a hint of Scottish brogue. His smile changes as he turns to her; softer, more intimate and he tightens his fingers around hers. She answers with a similar grin but showing her nerves. Her gaze meets yours for half a breath, then continues moving, settling on the digital recorder on the coffee table between you.
You clear your throat. “When I get nervous, I forget everything.”

She gives a soft laugh. “Me, too. We can be nervous together.” She has a softer Northeastern US accent but drops the ‘r.’

You grin and give a nod, then turn on the recorder. “Loren, Graham, thank you for agreeing to this interview for Between the Pages. It’s a pleasure to meet you both.”

“We’re happy to do it,” he says. It’s cute, the way they adjust how they’re seated to face you but still maintain contact with each other.

“Loren, did he really pick you up off the side of the road?”

They glance at each other, her smile widening. “Yes, and no,” she replied. “I took a hard crash about twenty minutes before he found me sitting on a stone wall. I was trying to get the tire back on the rim when I hear a lorry horn and I looked up just in time to see a Jaguar narrowly avoiding a crash.”

“Yes, well, I admit, I was staring,” Graham says, chuckling. “I didn’t stop at first, mind you. I reckoned she might be right mad, but she couldn’t very well follow me home on a bicycle so I turned around. But don’t you know, she just about took my head off for trying to be a gentleman.”

“Oh, I was mad alright, but I let you help,” Loren countered teasingly.

“Oh sure,” she laughed. “I went all fangirl for about a half a second, but I tried to play it cool. Then he held my hand, and I completely forgot my name.”

Graham’s brows go up. “You went fangirl over me?” Loren takes a breath to reply but just smiles and shrugs a shoulder. “After we got the tire on, I watched you ride off,” he continues, facing her. “And for the rest of the day, I couldn’t get you off my mind. I kept thinking of things I could have said to make you laugh, or I would see your smile as I was trying to read. That’s when I looked you up on the internet.”

“But if you didn’t know my name﹘.”

“I remembered the logo on your jersey.”

She gives him a smirk. “You mean the enormous light bulb on my chest?”

Graham clears his throat. “Yes. That one.” Loren giggles at him. “Then I rang up Ron, he’s my agent and best friend,” he tells you. “And tracked you down for me.”

“That’s very sweet,” you say as you pick up your notes. “Now we have some questions from our readers and the first one is for you, Loren.” She sits up and gives you her attention. “Did you have a favorite toy when you were growing up?”

She blinks, pressing her full lips together as her gray eyes slide away from you. “Hmm, favorite toy. I wasn’t into dolls much, but I remember having a Barbie RV with a horse carrier. I played with that all the time.”

You nod with a grin. “What about you, Graham? Did you have a favorite toy?”

“I had a tricycle that I wouldn’t give up, even when I was much too tall for it.”

Loren bursts a laugh. “Like how you were behind me on the Harley!”

“Yes, it’s all very funny,” he says, pursing his lips to hold back his grin. “Anyroad, my stepfather Gerald purchased a true two-wheeler for me, but I rarely rode it. I was too afraid to fall off.”

“That is adorable, love,” Loren chuckles.

You continue with the next question. “Loren, is there one song that you can’t help but sing along when you hear it?”

“Oh, goodness,” she mutters, half smiling. “Happy by Pharrell Williams. I can’t help it.” Graham leans away from her, his brows up near his hairline.

“You didn’t know that about her?” you ask.

“I did not,” he replies, the corner of his mouth curling up. “Her playlists are full of heavy metal and post-rock instrumentals.”

“You’ve infected me with your eclectic taste in music,” Loren tells him.

“Who’s the better cook?” you inquire.

“Who eats the most junk food?” They glanced at each other and respond at the same time.

“Who has a bigger closet?”

“Who takes longer getting ready to go out?” Loren snorts a laugh as Graham shakes his head.

“I take forever,” he replies.

“Everything has to match,” she adds, waving her hand. “Or go. Whatever it is.”

“Right,” he scoffs. “And you wear Lycra or your team’s apparel all the time.”

“Not all the time,” she laughs. “I’ve worn a skirt four times now.”

“Darling, your socks.” He reaches down and pulls up the leg of her jeans to show off her red and white IDC socks.

She scrunches her shoulders. “They were clean.”

You chuckle along with them. “Graham, what’s an item of Loren’s that you would love to get rid of?”

He huffs. “She had this pair of neon green trainers that were beyond grotty.” His humor evaporated as their eyes met. “They were ruined recently, but I got her a new pair because but she loves them.” Graham let go her hand to put his arm around her shoulders as Loren ducks her chin. You think you see a flash of distress in her expression but it’s gone when she faces you again.

You cough lightly. “What is your favorite place to relax in your house?”

Graham purses his lips. “Anywhere, really, but I rather enjoy lounging in the living room. The back wall of the house is all windows that overlook the farmlands.”

She nods. “Me too, but I like the garage, as well. I have my bike set up out there. I think better when my legs are moving.”

“How is Graham at giving presents?”

“Each gift he’s given me, he’s put a lot of thought into it,” she replies, looking at him. “That means more than how much he’s spent.”

“But then you trump me and spend a small fortune on that copy of Shakespeare’s Sonnets you gave me,” he grumbles.

She kisses his cheek. “You’re worth it.”

“What word describes Loren first thing in the morning?”

Graham throws his head back and laughs. “Right narked!”

“That’s not true!” she laughs, nudging him with her shoulder. “I’m a morning person. It’s only when I don’t get enough sleep that I’m cranky.”

“Graham, what is Loren like when she gets sick?”

He presses his lips together. “She doesn’t complain… that much.”

“Have you taken up cycling since being with Loren?”

He grimaces. “She purchased a gravel bicycle for me and we went out a few times together, but it’s been rather cold and rainy in England of late and I can only suffer riding in ankle-deep mud for so long.”

“Have you crossed over into riding motorcycles with her, as well?”

“I recently purchased a Kawasaki Vulcan,” he tells you, “but we haven’t gone out much, because of the weather.”

“You’ve made a few appearances at the podium when Loren’s won. How did you manage that?”

“The first time, I was volunteered by her teammate, Charlotte, at the Aviva Women’s Tour in England,” Graham replies. “The second was at La Course in Paris, before the final stage of the Tour de France. I didn’t present, I was just on the sideline, as I was for two stages of the Giro Rosa and the Championships in Richmond, Virginia.” He puts his hand on his chest. “I am humbled to have played such a small part of her celebrations.”

“You’re so shiny,” Loren tells him, a tiny smile playing on her lips.

You grin at the couple and gather up your notes. “Thank you for sharing a bit of yourselves with our readers. And good luck to you both, Loren in the upcoming season and Graham, for the summer release of your newest film, A Heart that Sings.”

Loren’s jaw drops. “Are you kidding? That’s still the title?”