First off, I want to thank the bloggers who took the time to read Wheeler and put their thoughts down.  As someone who struggles to even write a short synopsis of her own book, I commend you. Thank you also for taking a chance at reading a story that doesn’t follow the typical romance formula and I’m very happy that you thought so highly of Loren and her journey.

I also want to thank Giselle from Xpresso Book Tours for putting together not only the Blog Tour but also the Blitz for #WheelerNovel a few months ago. She does a fantastic job in wrangling so many bloggers to participate.

While I can’t say the blog tour was an instant commercial success, I did get a lot of eyes on the book and seven great reviews on the completely edited version. That in itself is a good thing because I hope that these seven, together with the others I have, will overshadow this one; my biggest and shiniest regret. This review will always haunt the novel (and me). Will Mr. MacKay consent to read the edited version? I won’t hold my breath and even if he did, he’d most likely still call it ‘fan fiction’. Thing is, it is fan fiction. It’s a passionate women’s cycling fan who wrote a romantic tale about a fictional pro cyclist.

Jo of A British Bookworm Blog says: “[Wheeler] felt like there was an awful lot of details about professional cycling, but on the whole, I think that the author stayed on the right side of the informational content for it not to detract from the overall enjoyment of the story.”

I was very cognizant of not overloading the reader with too much cycling. It’s not as popular a sport as baseball or football, and while I have a similar love and wealth of knowledge about hockey, I wanted the main protagonist to be a woman. What other sport can women compete that has such high drama as cycling? Tennis? Golf? Sure, Loren could have had a regular job but to be honest, there are enough stories about cupcake bakers (or lawyers!).

Sam of 3 Degrees of Fiction gave Wheeler five stars: “Zalesky’s writing style is immersive and the structure of the novel is well thought out and beneficial to the story. As someone who has never been a fan of watching events such as the Tour de France I was a little concerned as to whether it would interest me, however, I found myself unable to put the book down. The explanations and descriptions of the cycling, training, and strategy used were easy to follow and Zalesky portrays the cyclists in a way which makes you appreciate the hard work they put into their profession. The characters in the novel, especially the main character Loren Mackenzie, are well developed and the evolution of the secondary characters combined with Loren’s flourishing relationship with actor Graham Atherton make for a compelling read. I thoroughly enjoyed this novel and would read future books by this author.”

I read this and thought: I have a writing style? Well thought out structure? Damn, did I pull off a fast one! I’m totally a by-the-seat-of-my-pants kind of writer. I had no clue what I was doing when I first started writing Wheeler. Seriously, none. I learn by doing and let me tell you, I have learned many, many lessons. Hopefully, the follow up to Loren’s story is a culmination of those lessons. Loren got handed the short straw in life but we’re all given short straws at some point. It’s what you do with that straw – do you put your head down and pedal harder into the wind or do you pull over to the side of the road and give up? I hope that on every page, Loren shows you what kind of person she is.

Patty of Moonshine’s Corner: “Quote from Loren throughout the book. “I am the storm.  I am enough.” The characters in this book were amazing. Loren is a role model for those who have had tragedy in their lives. She is strong, courageous and plain out wonderful.  She has endured so much personal tragedy in her life. I am amazed by her character in this story and her rise from the ashes of her past…. This book was an intense roller coaster ride. I was sucked into this read from the very beginning. There were moments I was balling up my fist and biting my nails. And then there were times I was ugly crying. This book is not a romance novel. It does have a romantic story in it but that is not the centerpiece. I believe the book is centered around Loren and her personal journey that brings her to the place in her life where she can really let go and be free.”

I giggled when I read Patty’s review. She’s so full of excitement and I love that she included some motivational pictures and GIFs of cyclists, this one especially. It really brings home what the book is about – a cyclist! 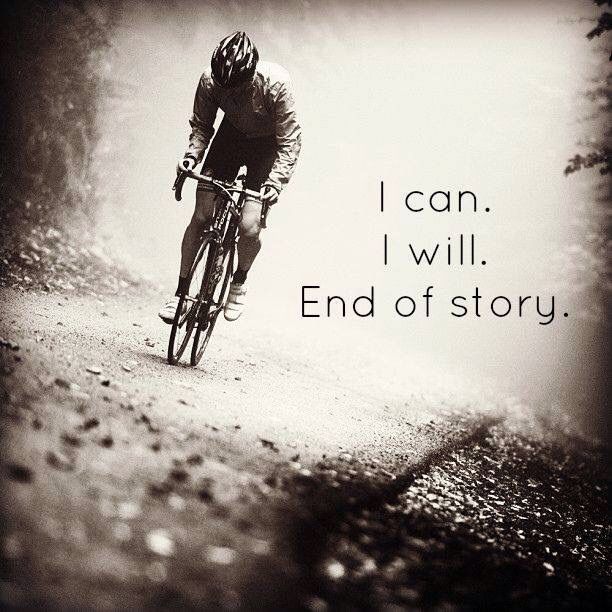 To have a reader admit they were ugly crying is an author’s dream, and for full disclosure, there were many times I was doing the same as I wrote it. And yes, Patty, when the follow up is finished, you will be one of the Betas!

3 thoughts on “The thing about #BookReviews …”